Elektronik Praxis published an article on Riedon resistors titled “High-precision, active high-current shunt for industry and automotive”.  This is published in German however you can click the link below to see this translated into English

In electric drive technology, uninterruptible power supply, in photovoltaic inverters, in battery systems and, last but not least, in the inverters of electric vehicles, every tenth of efficiency improvements are fought for. In such high-power applications, precise current measurements at high common-mode voltages are required to control the energy budget. Shunt resistors are the common choice for such a current measurement in applications with high currents. In particular in vehicles used in electromobility, the need for compact shunt resistors to support high currents is increasing for the reasons mentioned to improve efficiency.

Such high-performance systems are exposed to harsh environmental conditions such as vibration, shock, temperature fluctuations and the ingress of contaminants and moisture. Nevertheless, the current measurements, typically with values ​​between 100 and 1000 A, must be carried out reliably on the power side (hot side) before they are transferred to the cold side with the microcontroller, galvanically separated from the hot side.

New active shunts now offer a complete solution consisting of high-precision measurement and isolation in a single housing. More on that later. Why is current monitoring useful?

Any application that generates or consumes significant amounts of electrical energy needs to be as efficient as possible. In many cases, there is some form of automatic closed-loop feedback that requires accurate current sensing. 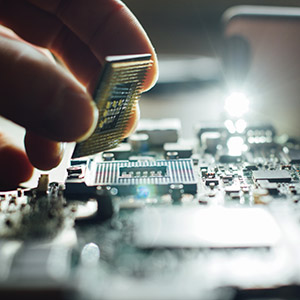 Electric motors are used more than ever for industrial automation and electromobility, as mentioned at the beginning. For efficient brushless DC motors (BLDC), current measurement is an essential part of electronic commutation. Many high-growth industries such as alternative power generation and distribution also require precise power monitoring for management, reporting and regulation. 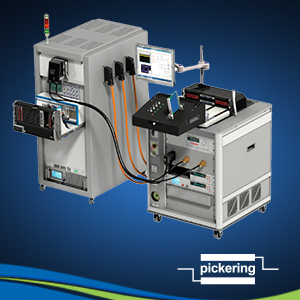 There are two main methods of current monitoring in DC applications: resistance shunt and Hall effect shunt. The Hall effect approach is based on a coupling of the magnetic flux in order to induce a current in a sensor element. This approach offers its own isolation. 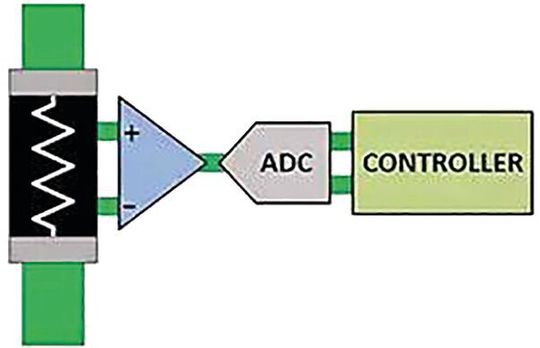 However, Hall-effect modules are relatively expensive, especially the closed-loop modules when very high accuracy and a high dynamic range are required for applications in the fields of alternative energies and electric vehicles. They also have an upper temperature limit of 85 ° C, which is relatively easy to reach in space-critical high-performance applications.

The shunt approach is relatively simple, as only a low-resistance resistor is inserted into the conductor that carries the current to be measured. The resistor generates a voltage that, according to Ohm’s law, is proportional to the current. This voltage is then amplified and monitored to observe the amount of current. The disadvantage of the shunt approach is that part of the power is dissipated as heat in the resistor.

Shunt-based current measurement still offers many advantages. For example, shunt-based measurements are more accurate and more stable over time and temperature. In most cases, a one-time initial calibration during manufacture should be sufficient to meet long-term accuracy requirements.

Another great benefit of shunt measurements is that they are immune to magnetic fields. In high-performance applications, especially in electric motors and electric vehicles, the high currents in nearby conductors generate magnetic fields that can falsify values ​​measured using Hall effect techniques. In addition, in contrast to Hall-effect sensors, shunts work without restrictions at higher temperatures, which is particularly advantageous in many performance-related applications with increased temperatures.

What are active shunts and what are their benefits?

For direct current measurements up to 50 A, shunt-based solutions are more likely to be used, while higher currents are recorded with the Hall effect. Since developers of many modern applications require highly accurate current measurements even at high currents, the shunt approach is experiencing a certain revival. The new approach to shunt current measurement now combines a conventional passive shunt or shunt resistor with an isolated amplifier. This provides all the advantages of shunt measurement and the insulation known from Hall effect sensors.

An example of this active shunt design is the new Smart Shunt SSA from Riedon, which combines a low-ohm manganin shunt resistor, a high-precision isolated amplifier and an isolated DC / DC converter. The Smart Shunt SSA offers a differential output and can therefore be connected directly to most microcontrollers (MCUs). The SSA is currently the only amplifying active shunt in the industry with an analog output.

The complete solution is easy to develop and install. It is screwed onto a busbar, with all electrical connections (power and signal) provided via a single connector. The SSA is insensitive to magnetic fields and, unlike Hall-effect sensors, can therefore be positioned freely without the need for additional shielding, which provides more flexibility during development.

The SSA can measure currents over 1000 A with an accuracy of ± 0.1% and a linearity of ± 0.1%. The long-term loss of stability after 1000 hours at 45 ° C is less than 0.2%, which means that annual recalibration is not necessary. The differential output effectively negates the thermal EMF and eliminates any associated deviations that arise due to a temperature gradient across the device.

In contrast to other shunt solutions, the module, which is completely encapsulated in accordance with UL94-V0, offers reinforced insulation of 1500 V DC (1000 V ACeff ), which means that it can be installed in power converters on the high side, even though it is installed on the low side recommended as best practice.

Since the SSA contains an amplifier, the resistance value is extremely low because the recorded voltage is multiplied internally. Therefore, the power loss when measuring currents up to 1000 A is in the range of 5 to 20 W. The robust component contains an AEC-Q100-certified, isolated amplifier from Texas Instruments and is therefore also suitable for the strict automotive applications that must cover the extended operating temperature range of -40 to 125 °C.

The isolated amplifier has its own differential output with a number of advantages. If a single-ended signal is required, this can be provided with a simple operational amplifier circuit (OPV).

The differential output of the isolated amplifier is often converted to a single-ended analog output with an OPV-based circuit. This circuit can also implement a low pass filter to further reduce the signal bandwidth to the desired bandwidth and thereby improve the noise performance of the system.

Conclusion: With a flexible, precise and robust current measurement a precise regulation and thus an optimal efficiency can be achieved. The measurement of direct currents has so far been carried out in two ways: using a shunt resistor in series or a Hall-effect sensor, each solution having its own advantages and challenges.

The active shunt solution presented in this article combines the best properties of shunt and Hall-effect-based measurement in high current environments. The practical single module solution is insensitive to magnetic stray fields and is stable over time and temperature so that no expensive calibrations are required. It also offers the higher accuracy that is required in modern applications; is inexpensive and easy to install on busbars or a panel with an optional disconnect adapter.