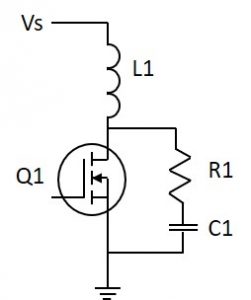 The figure to the left depicts a simplified RC snubber circuit.  These circuits are included in boost converters, buck converters, and rectifiers.  Typical application include inverters, power supplies, battery chargers, and motor drives.  The snubber circuits are used to limit the excessive inductive energy associated with the fast switching of high currents.  When the MOSFET (Q1) is switched off, the capacitor (C1) charges through the resistor (R1) and the current will flow from top to bottom.  When the MOSFET is switched on the capacitor will discharge through the resistor and MOSFET to ground.  Due to high switching frequencies the inductance of the resistor must be minimized and Riedon’s power film resistors are an ideal choice for these applications. 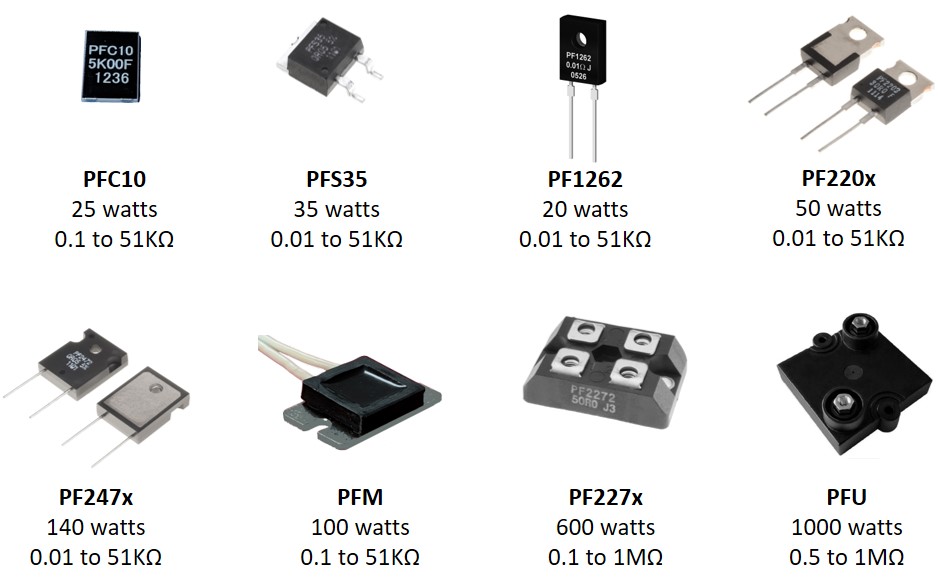